Presidents Day doesn’t seem to have much to do with the Oscars, right? Wrong. The red carpet dominated social media last night, and everyone wanted to see who wore what best. Today, the Oscars are history, but we’re going to go back a bit further in our “Who Wore it Best?” competition. We’re talking about presidents. And we’re talking about paint. Unconventional? Sure. But it’s going to be fun! Because the photos that came out of Hollywood last night are already yesterday’s news… but classical renderings of America’s presidents? Yeah, those are sticking around. 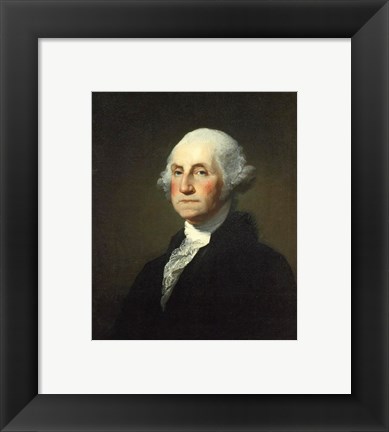 When it comes to getting fancy, Washington is on his game. He has clearly mastered the fluffy hair and frilly collared look. We also respect Washington’s clear skill when it comes to blush. But there’s one major photogenic rival when it comes to fancy President George Washington… and that’s General George Washington. Like POTUS Washington, General Washington has the frilly collar thing down. But the General also has a brooding, I’ve-Been-Up-All-Night-But-I’m-Still-Super-Brave look going for him. His hair is still magically well-combed, but his face makes it clear that we are not to mess with this Washington. He wants independence and he wants it now. We can all relate, General, and so can our toddlers. 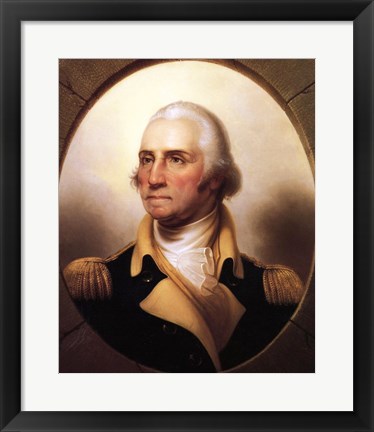 In the case of Washington vs. Washington, we’re going to have to say that Washington at War wore it best. There’s something about those gold shoulder tassles that really get us.

Where should you hang this award-winning presidents painting in your house? We’d recommend this one sits in an office, reminding everyone who enters that you shouldn’t mess with the boss… especially if the boss wears a curly white wig.

The medium and time period between these two are really a stretch, but we think that when it comes to presidents, Jefferson and Reagan were worthy opponents. Leadership-wise? Sure. But style-wise? Definitely. Let’s start with Reagan. 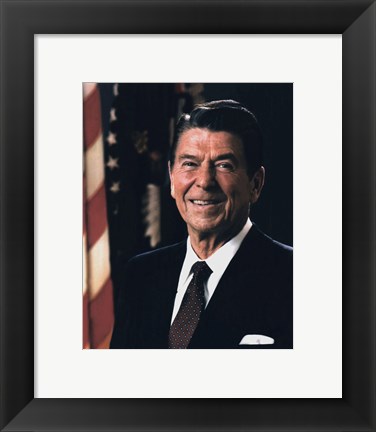 Now, we need to acknowledge that this piece of presidents art is actually a photograph, which works both for and against Reagan in this instance. On the one hand, Ronald Reagan gets his likeness captured perfectly, from pocket square to gelled hair glare. Reagan made the bold choice of a full smile on this occasion, which gives him a friendly look, but might work against his intimidation factor. The photograph medium, however, does reveal every wrinkle and blemish on the aging president. All things considered, he looks pretty good, especially with that crisp white shirt. Not bad, Mr. President, not bad. 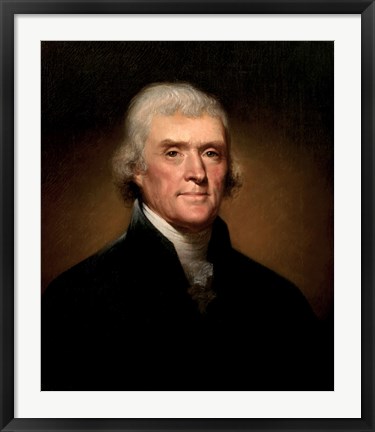 Enter Thomas Jefferson Classic. Jefferson went for the soft smile, which falls somewhere between Washington’s grimace and Reagan’s grin, and we’re kind of digging it. The golden background is really playing to his strengths, too, and we might call up the school picture company and recommend a background addition. Jefferson walks the line between soft and hard. He goes with the soft smile, soft eyes, and soft-brush finish on this painting, but we can see the hard decisiveness beneath that glimmering complexion, Jefferson, we see it.

Who wore it best? President Thomas Jefferson, we’re looking at you. And you’re looking at a great option to accompany Washington in the den or study.

This is the big one, folks. All obvious parallels between racial reconciliation aside, these two presidents are giants of style just as much as they were political giants. 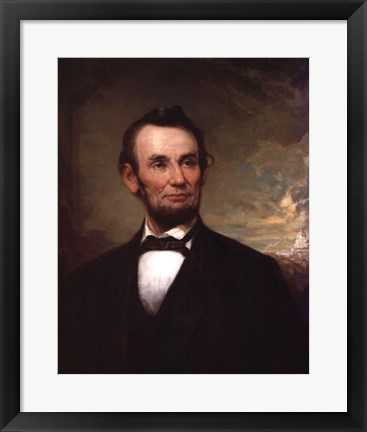 We start with Lincoln. President Abraham Lincoln has a lot to work with here, especially height-wise. With his tall and lanky build, all of Lincoln’s suits had to be custom fit. Yeah, we know this was pretty common back then and is still common for presidents, but it’s still earning Lincoln some points. Lincoln is also going with the natural hair color (wig-free, baby) and a serious beard. When coupled with his suit and strangely stylish tie, the look is dashing. 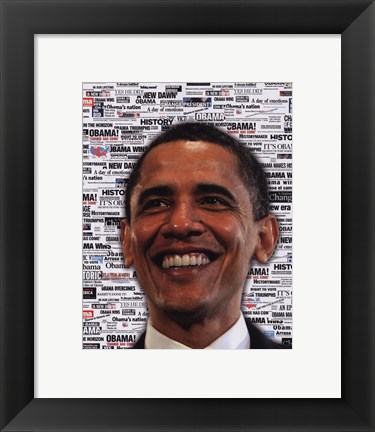 Enter: Obama. President Barack Obama is showing off both his head and his headlines in this piece, reminding us that he’s more than just a pretty face. Obama also goes bold with the full, toothy smile, but he has a lot to smile about. Still in his youthful first term, Obama is simply glowing.

Who wore it best? We’re going to have to go with a tie (and not just because Lincoln’s tie is so awesome.) These two presidents, and works of art, are so impressive, we’re going to recommend you find a place for both.

And that concludes our Presidents Day edition of Who Wore it Best! We’re confident in our conclusions, and we’re glad we got to share our commentary with you. Happy Presidents Day! 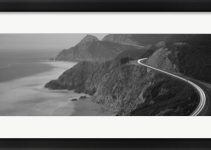 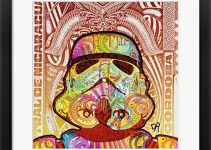