This week we go behind the frame with Eugene Delacroix, a French painter with a flair for the dramatic. Eugene Delacroix prints often contain bold brushstrokes and wild and untamed subjects. A classic painter of the Romantic era, Delacroix used color and contrast to bring images of the “exotic other” to life. Read more to discover how Delacroix’s travels had an impact on his art, and which of his paintings remain the most evocative today. 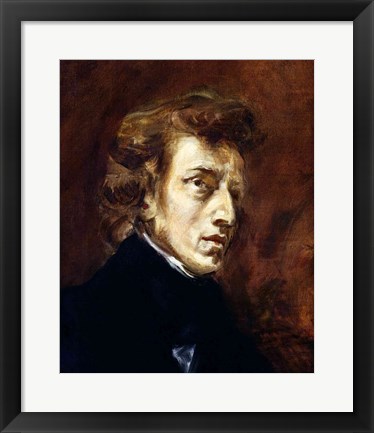 Delacroix’s life proved dramatic from the very beginning. Many believe that his father, Charles Delacroix, was infertile, and not Eugene’s father at all. Some speculate that Talleyrand, a family friend and the minister of the foreign affairs, was actually Eugene’s father. Eugene both looked and acted more like Talleyrand than his father. And though as a public figure he continued to climb the ladder of social status, Talleyrand remained protective of Eugene, as well as his career as a painter.

Delacroix won his first art award during his early education at the Lycee Louis-le-Grand. He trained with Pierre-Narcisse Guerin in a neoclassical style, but freer and less classical influences followed. Flemish painter, Peter Raul Rubens, influenced Delacroix with a more rich and colorful style. Many think Rubens was an inspiration for Delacroix’s first major painting, The Barque of Dante in 1822. The painting proved acceptable by the Paris Salon, and caused a sensation.

Just a few years later, Delacroix produced one of his most famous works to this day, Massacre at Chios. The painting embodied a unique look at the wide range of human emotion and the sanctity of individual life. 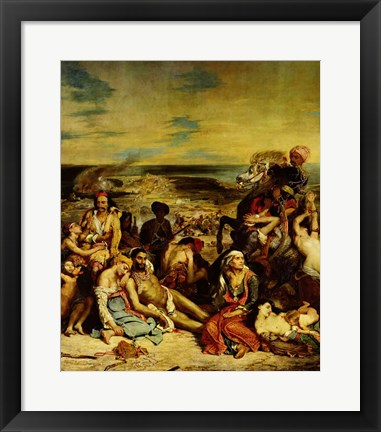 The Influence of Travel on the Art of Eugene Delacroix

Later on in his life, Eugene Delacroix took a trip to North Africa. This trip proved to be transformational not only in his personal life, but inevitably, his art as well. A lot of his work was based on the observation of nature. But his observation of humans, individuals, and faces proved to be some of his most evocative. The paintings Delacroix completed of animals embody his love of everything wild and untamed. Many paintings of the Romanticism era do the same. But Delacroix’s paintings of humans, specifically humans that were mysterious and foreign to him, captured the same wildness.

The composition of Eugene Delacroix’s Portrait of a Turk in a Turban encompasses a unique contrast of color, as well as contrast of emotion. Delacroix’s portraits seemingly provide a window into the soul of another person, and another life. 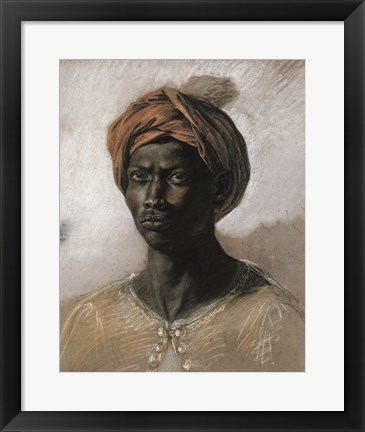 Eugene Delacroix’s Fascination With The “Exotic Other”

Eugene Delacroix was commissioned for major public paintings during his lifetime. Ceiling paintings, wall murals, and other significant works in public buildings characterized the work of Delacroix in the height of his career. But it was the smaller, less public works that illuminated the heart and mind of the painter.

Many of Eugene Delacroix’s paintings, including the portrait above, showed his obsession with the “exotic other.” The artist was interested in characters, people, places different from his own. The foods, plants, animals, and specifically, persons Eugene encountered on his travels proved to be strong influences in his art.

The Young Orphan in the Cemetary is one work that shows a striking study of a character so unlike Eugene Delacroix. But perhaps there is a part of Eugene that identified with this character, making her not as foreign to him. Delacroix’s mother died when he was just sixteen, and his father died even earlier. His brother died in battle when he was still a child, and he was left, in effect, without most of his family. Delacroix was very much an orphan himself, a plight that must have taken a toll on him emotionally, and influenced his art. 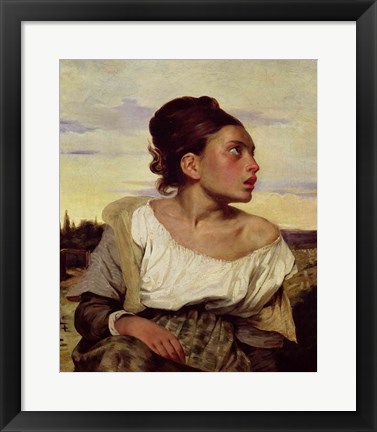 The art of Eugene Delacroix is perfectly intriguing and dynamic. Delacroix’s framed prints are perfect for an open entryway, or a dining room conversation piece. 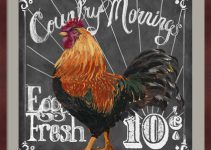 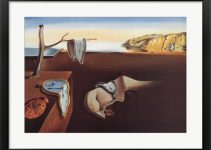 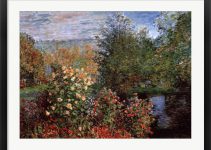