July 19 marks the birthday of renown artist, Edgar Degas.  And we feel like celebrating!  Though Degas was considered one of the founders of the impressionist movement, he preferred to be called realist over impressionist.  He sometimes poked fun at the impressionist artists of the 19th century who set up their easels outdoors so they could capture the sunlight on their subjects. Degas preferred working indoors in his studio, catching fleeting moments of modern life.  He adored the mystique created by art and was quoted as saying, “A painting requires a little mystery, some vagueness, some fantasy.  When you always make your meaning perfectly plain, you end up boring people.’ 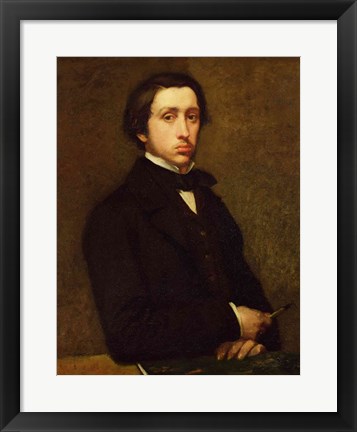 Degas loved the ballet and adored painting the dancers because of the body movement, discipline, and the beautiful frocks that they wore. He created hundreds of pieces and was even nicknamed,” painter of dancers.”  Blue Dancers, 1899  was one of many pastels that Degas created around the turn of the century using the color blue.  In addition to Blue Dancers, 1899, he also created Dancers in Blue, Two Blue Dancers, and Blue Dancers.   His love of ballet wasn’t limited by color, with other works depicting dancers in violet, green, and, of course, white tutus.  He chose to paint dancers rehearsing, performing, and even with simple gestures, such as fixing their slippers.   Degas created his masterpieces in many mediums such as pastels, oils, sketches, and sculptures. 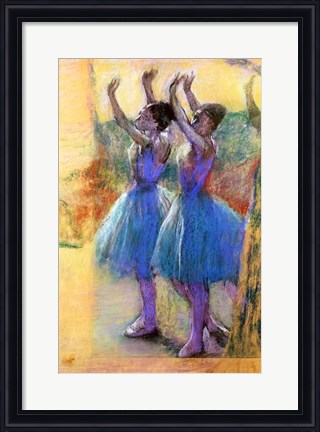 Many of Degas’ works are sketches where he drew out his preliminary work to later culminate in oils, sculpture, or an etching.  He, in fact, viewed sketching as an art form of its own instead of preliminary work.  While most artists may sketch in the beginning of their careers, Degas continued to sketch, even once his eyesight began to fail.  Sketches such as Dancer Fixing her Slipper is the reason that Degas is considered one of the great sketchers of the human body of all time. 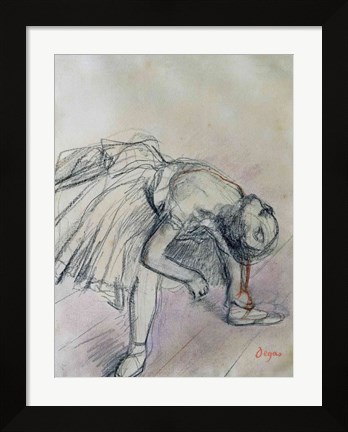 Many of the clothed works were done of women in working class occupations.  Not only did Degas appreciate the graceful, disciplined movements of ballet dancers, he was also consumed with the rote, repetitive actions of women doing routine jobs such as ironing.  In Girl at Ironing Board, Degas captures the routine activity of ironing, while giving you a peek into the mind of the young woman who is looking far off, daydreaming of something better.  Degas did complete some portraits, early on in his career, such as Portrait of Princess Pauline de Metternich, c. 1865.  Interestingly, this portrait of the wife of Prince Richard Metternich was actually painted from a photograph and not from a sitting.  In contrast to the sharp lines of the photo, Degas blurred and softened the lines, giving the illusion of movement, as if the princess had recently turned her head. 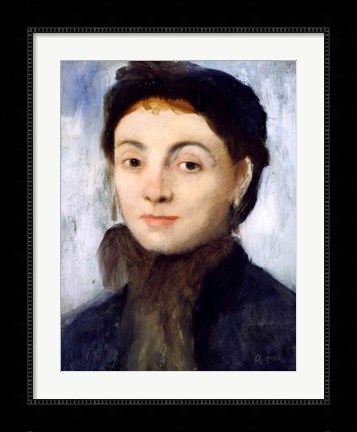 Many of the paintings by Degas with men as subjects, portrayed men in upper societal positions.  In the painting, At The Stock Exchange, Degas portrays the central character, French banker, Ernest May chatting with a colleague at the door of the Paris Stock Exchange.  Other works featuring men are commissioned work from his early career. 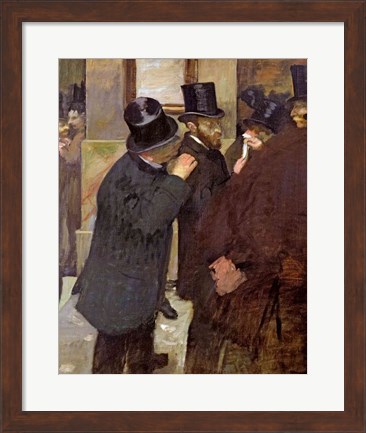 At the Stock Exchange by Edgar Degas

Degas created as many as 40 self-portraits from 1854 until 1864.  One of the most notable is Self Portrait, 1855, was painted when he was only 21 years old.  He painted and sketched many self-portraits over the years, but this one is often used as an artist representation, though he had not yet garnered fame or financial success.  He used self-portraits to experiment with different techniques and mediums and most remained in his apartment until his death.

Happy birthday, Edgar!  We celebrate you!  We applaud your innovation, your self-expression, and the timeless beauty you created.  If you would like to celebrate Edgar Degas, stop by and browse our huge selection of framed wall art.  We are sure you will find the perfect Degas print for your home or office! 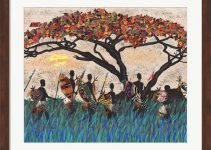 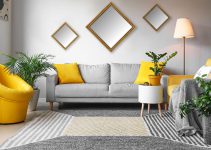 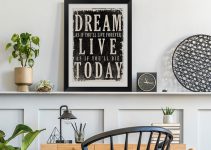